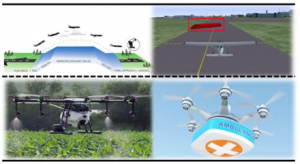 The air transport industry is in continuous expansion due to economic growth internationally. This growth is straining existing aviation resources, and placing a greater burden on the need to optimize resources and operations. The congestion at the airport leads to flight delays, which generates more congestion, resulting in a snowball effect that incur in huge costs for the airlines and airport, including a huge impact in pollution. Increasing aircraft autonomy in some of the flight phases will solve most of these problems, however only if safety can be guaranteed even in unforeseen and unplanned circumstances (such as faults and attacks). In a highly regulated environment, as autonomy increases, it is not yet clear who the decision maker for certain actions will be. In some cases, it will be Air Traffic Control (ATC), while in some others, it will be the aircraft, giving the perfect environment for System of Systems (SoS) demonstration and to test adaptability as a key enabler for autonomy.

This first use case will be demonstrated using a 3D simulation environment connected in a Hardware-in-the-Loop (HiL) fashion to the computing system. The system will allow fault injection to mimic operational failures and attacks, as well as changes in the 3D environment conditions to trigger adaptivity using the methods developed within the project. Evaluation of the adaptivity methods and architectures in terms of performance and degradation of Quality of Service (QoS) will also be included. The system design will include several computing nodes required to cover all functionalities. One of the key aspects of the demonstrator will be how tasks can migrate from one node to another in case of a fault or attack. 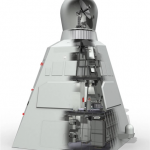 This use case demonstrator will involve evaluating specific methods within the context of an industrial embedded software system (or subsystem) used for radar surveillance processing in a laboratory setup using a realistic processing platform. As command and control decisions require reliable and robust real-time data processing, the ability of the ADMORPH approach to achieve fault tolerance will be substantially assessed and validated. Aspects sucha as the ADMORPH coordination language to specify adaptive systems, the provision of formal guarantees and testing of the runtime system will be integrated to the development flow of TNL and system results will be measured and compared to that of traditional systems. 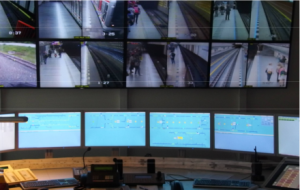 A Train Supervision Surveillance System can be characterized as a System of Systems (SoS), as it comprises several levels of operation and control ranging from administrative support to controllers performing individual device management. In this context, the tasks performed at the Operational Center (OCC) level, which include the collection and processing of technological data and the application of algorithms to control the operation of the entire metro system, are safety critical and require the use of reduntant systems acting as hot-swap backups in case of failure. ADMORPH methods for detecting failures and supporting reconfiguration will be evaluated with respect to response time and effectiveness in ensuring failure transparency for higher levels of the train supervision system.